Dan was elected by his peers to be the Legislative Representative for the engineers and trainmen of New England starting in 1984. Dan’s responsibilities included political education to state legislators, Governors, Congressmen and U.S Senators on issues relevant to safety and funding of rail improvement. The Downeaster was one of those projects that required a lot of political will.

Dan was one of the founders of the Safety Task Force that trained a dozen Locomotive Engineers to work directly with the NTSB on major railroad accident investigations.

In 1987, Dan took it upon himself to engage the Massachusetts legislature in conducting a feasibility study of reinstating the Old Colony division of the MBTA commuter rail. This successful outcome created hundreds of good paying permanent railroad jobs. After Old Colony was up and running, Dan was able to help the extensions of service to Newburyport, Worcester, Rhode Island and then New Bedford and Fall River. Dan has had an impact on growing New England's public transit while keeping focused on safety.

Dan helped dozens of legislative bills, filed in all the New England states, regarding rail safety. The most recent was a bill in Maine requiring that all freight trains in Maine have at least two crew members. The 2013 devastating Lac Megantic oil train derailment was a direct result of a 72 car train with no conductor, just the engineer, and 47 people died due to this reckless disregard for safety. Dan has worked to prevent such disasters here.

Maureen and Dan were married in 1997 and raised their combined kids for a total of nine! All the kids were publicly educated and are now successful young adults. Dan and Maureen moved to Lebanon after Maureen found the horse farm of her dreams.

Dan is passionate in advocating for working families.

When we invest in our public schools and community colleges, we see a direct boost in Maine's economy and overall standard of living. I support robust early education programs, vocational schools as well as career and skill training programs.

There are two economies in Maine: the state economy and your paycheck.

Let’s focus on making sure working families can balance their budget.

If you need a second job to make ends meet or even three part-time jobs, that’s not right. Nobody should work 40 hours a week and have to choose between paying the utility bills or feeding your family. We deserve better.

I support healthcare as a human right.

The pandemic has made it clear that our for-profit healthcare system is vulnerable and prevents our highly skilled medical professionals from providing the care their patients need.

I will reach across party lines to lower the cost of prescriptions, medical treatments and hospital care while always pushing toward universal coverage.

In Maine, we take pride in being self-sufficient. We understand that in order to get the job done right, workers need a living wage, safe working conditions, and a seat at the table in Augusta.

A lot of veterans suffer from Post Traumatic Stress Disorder (PTSD). I, also, have experienced PTSD and worked with the railroad industry to develop programs that actually helped our union members.

On the railroad, we learned right away that the best way to heal is to be connected to someone who has experienced your trauma.

I believe strongly in staffing the veterans' health programs with veterans to support reintegration and provide jobs for our veterans when they come home.

Maine takes on more responsibility than any other state: adjudication of claims, cemetery maintenance, and retirement.

The unprecedented drainage of Maine's budget due to COVID-19 will be tough. I promise to do everything possible to preserve state VA funding.

Mainers lose up to $52 million annually to offshore tax abuse. In Maine, we do hard work for our money. We need to end offshore loopholes to keep Maine businesses competitive and our economy healthy. I will advocate for a fair tax code that prioritizes Maine's working-class families and local businesses. Big corporations must pay their fair share, so everyone has an opportunity to make a good living in Maine. 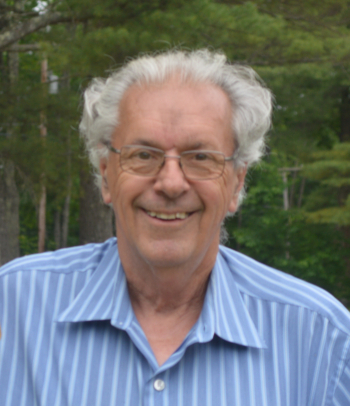